It’s Canada day. What’s the best way to celebrate the birth of our nation 148 years ago? Eating poutine! Maybe there’s  other ways, but I just wanted an excuse to try out Fryday without feeling too guilty. So I did my research, looked at their menu online, and set out for my drive as a battle rages inside me to pick between Kimchi, Garlic Parm, or Butter Chicken like a Pokemon trainer must do at the beginning of their journey.

As I approach the strip mall on 4th street NW across from James Fowler High School, I finally decide that I would be having the Garlic Parm today. Fate on the other hand, had other ideas – Fryday was closed. Since it was Canada day, I probably should’ve called first. #RookieMistake. 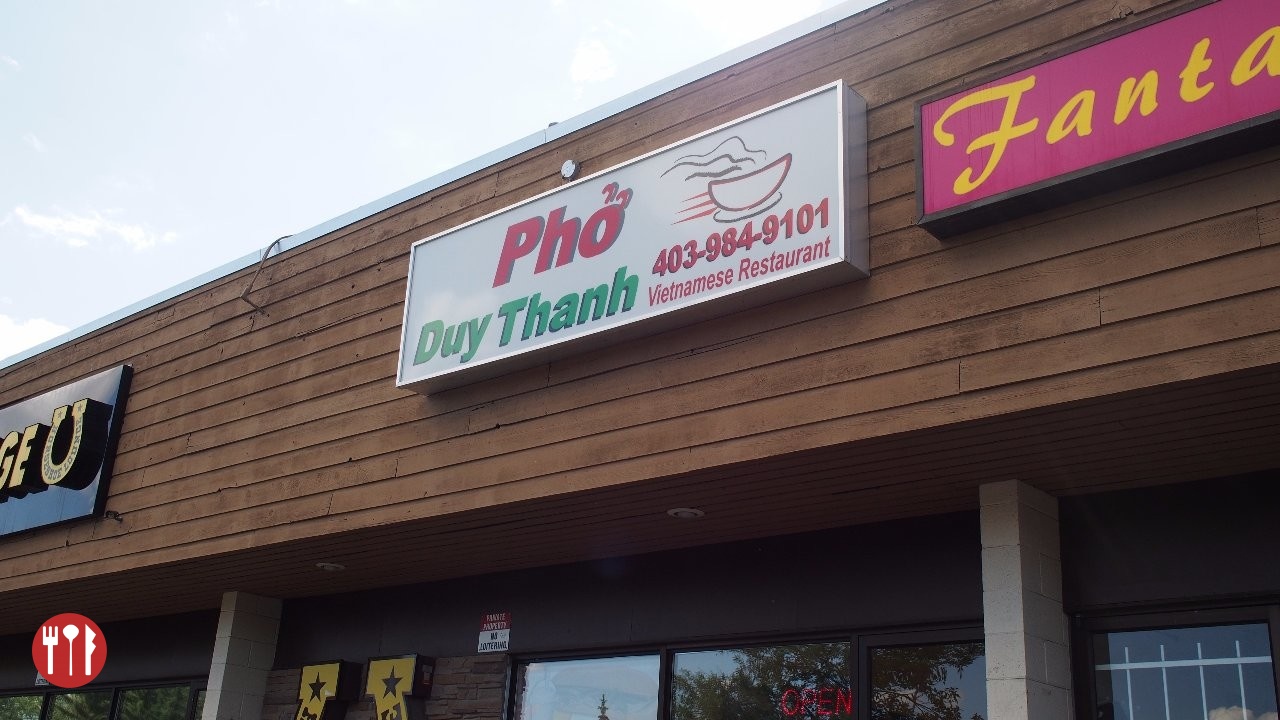 I noticed a Vietnamese restaurant called Pho Duy Thanh two doors down from Fryday, and hit up Zomato to check it out since I’ve never heard of this place before. The reviews were mostly positive and I was hungry, so I guess I’m having Pho for Canada day. The interior was simple and clean, with bright red chairs and a couple of photos of Vietnam on printed glass (These seem to be a hit in Vietnamese restaurants in the recent years). It was empty when I walked in, but I imagine them to be fairly busy during lunchtime on a regular school day. I overheard the waitress/owner(?) speak Vietnamese in the back, which to me, usually indicates some level of authenticity. 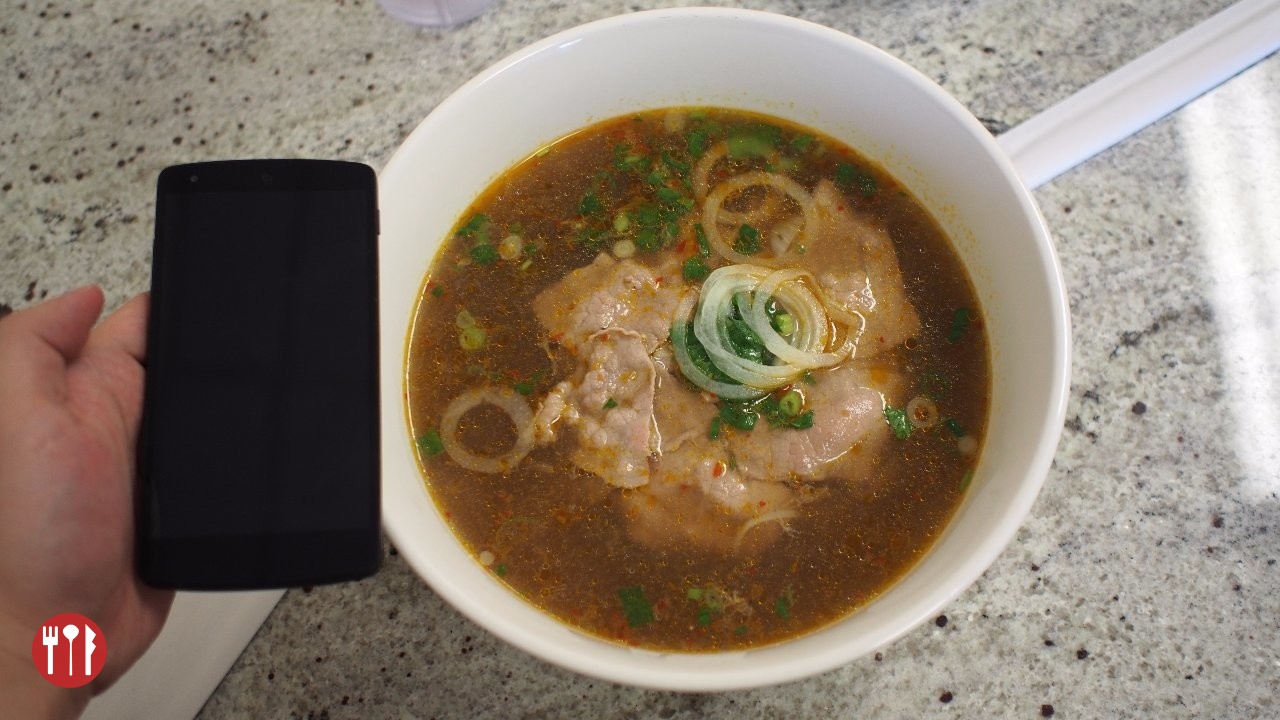 I thought that it was an interesting choice to use disposable chopsticks, but perhaps it made sense due to their main clientele. I just really dislike (hate) crappy disposable chopsticks, but fortunately,  these were the better ones that are smoothed off and break apart properly most of the time. The large Satay Beef I ordered did indeed come in a fairly large bowl, but I find that most Vietnamese restaurants are usually pretty generous when it comes to their biggest bowl size, which can be called ‘large’ or ‘extra large’ depending on where you go. 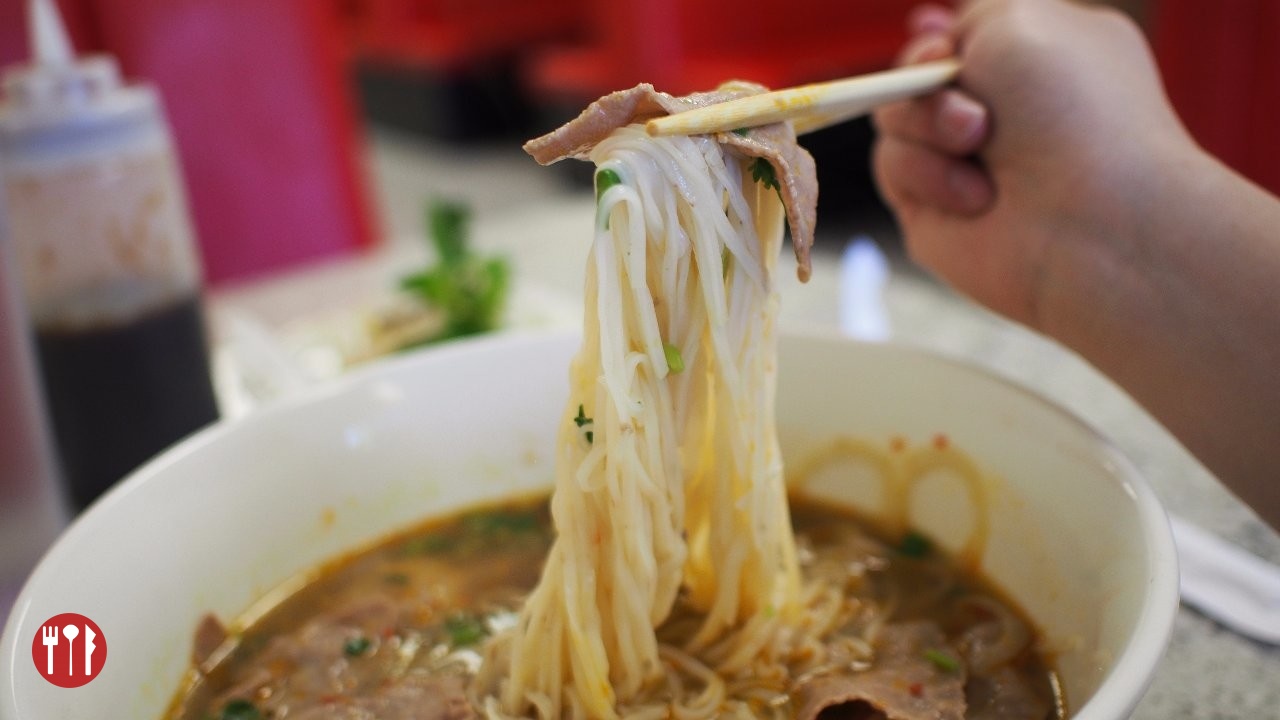 I agree with Maple Chan’s review that the satay broth had an unusual spice to it; it was different, but I wouldn’t call it unpleasant nor would I call it spectacular. It was acceptable, but there’s definitely better choices in Calgary. I do wish that there was slightly more beef (or maybe even beef balls), although it wasn’t a bad amount from a meat to noodles ratio. Perhaps I’m just spoiled by my usual go-to pho place, Pho Thanh since I always still have meat after my noodles are finished.

I enjoyed my lunch at Pho Duy Thanh, but with so many Vietnamese restaurants in Calgary, it’s hard to stand out and unfortunately, Pho Duy Thanh doesn’t do so. For Vietnamese food, this is a place I would settle for if I lived or worked nearby, but would hesitate on if Fryday was closed again.